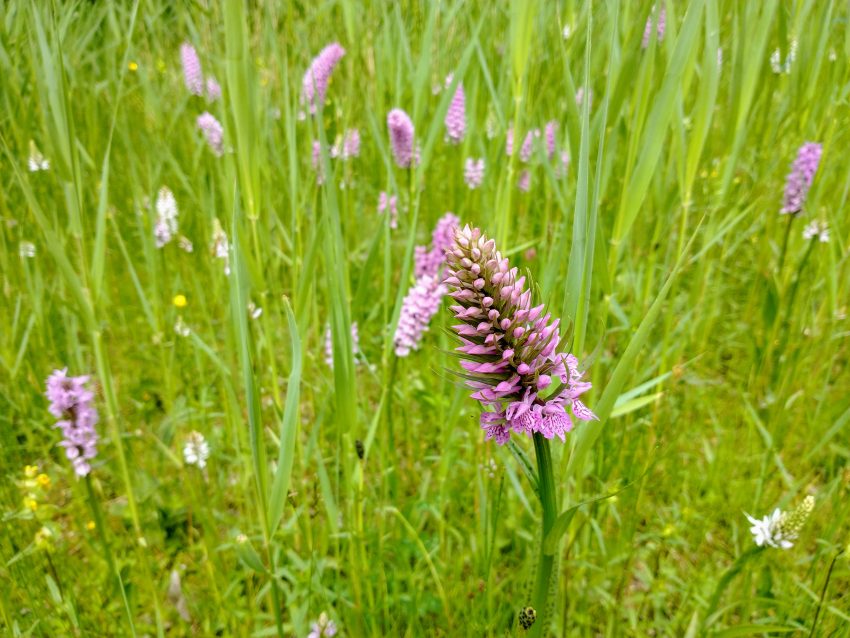 These beautiful British wildflowers like to hybridise, which makes them tricky to identify. They are often pale pink to purple with darker markings on their petals. Their leaves often have transverse markings (a pattern that goes across the leaf rather than along it).

The photo in the main image on this page is also Dactylorhiza, and I did read that Southern marsh orchids, Dactylorhiza praetermissa are to be found at Kirkby Moor nature reserve in Lincolnshire where this was photographed.

In 2021 I found Common spotted orchids at Grin Low SSSI in Derbyshire, on Seaford Head and in Cradle Valley Seaford.

More about Orchids in general