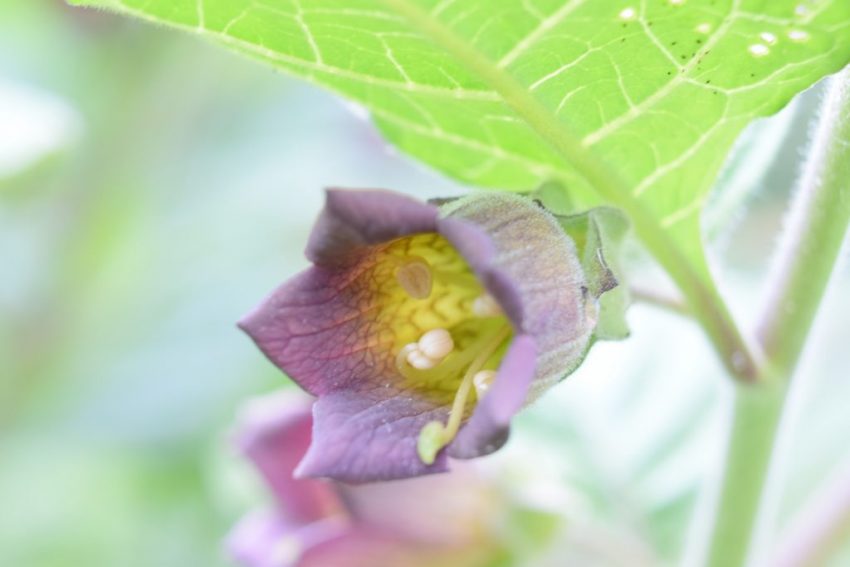 I thought I knew what deadly nightshade, Atropa belladonna, looks like, but it appears I was wrong!

Woody nightshade, Solanum dulcamara, is what I was thinking of, but it is nothing like it – much more spindly and obviously from the Solanum family.

Atropa is a substantial plant

I saw my first deadly nightshade in flower mid-May in a recently cleared wooded area on chalk near the sea. It was a large clump which I at first mistook for a planted shrub as it was so large and neat in form. It was about a metre high and the purple flowers were about 2 to 3 cm long.

Don’t touch any part of this plant, it is poisonous!

Woody nightshade and its relatives is familiar to gardeners

Plants of the solanaceae family are well known to gardeners – the flowers of potatoes and tomatoes are similar. I once had a climing solanum plant on my patio. I even grew an edible berry called wonderberry from the same family but it wasn’t very tasty and I was put off by the possibility of getting seedlings mixed up with poisonous weeds.