Although Seseli libanotis is rare in Britain, it is common near my house in Sussex. From June to September it is easy to spot and numerous along the cliff path between Seaford and Hope Gap. You know you’re in the right area when you see the noticeboard about it, as I spotted on my May hike over Seaford Head.

The unusual wildflower is happy on the South Downs and doesn’t seem to struggle with the salt laden sea winds. It can be a relatively large plant in more sheltered positions – the ones I saw were up to about 50cm tall. It is from the carrot family, but sometimes a more substantial plant than wild carrot, Daucus carota, with large divided downy foliage. What makes it easy to identify once you have spotted that it is a carrot, is the convex shape of the umbel. I recently heard it described as resembling a cauliflower – presumably it’s this shape that gives it the description “moon”. Some of the umbels were more noticeably rounded than others. It flowers from June to August.

Seseli libanotis is a white flower without the characteristic carrot dot in the centre of the umbel, and its buds are sometimes pinkish.

At the base of the flowers you can see some long pointy green appendages. These are bracteoles. Where the flower stems meet, the appendages there are bracts. For comparison, Daucus carota has long divided bracts. 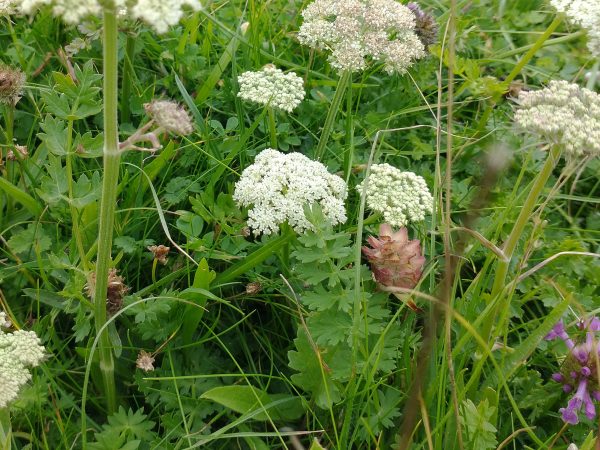 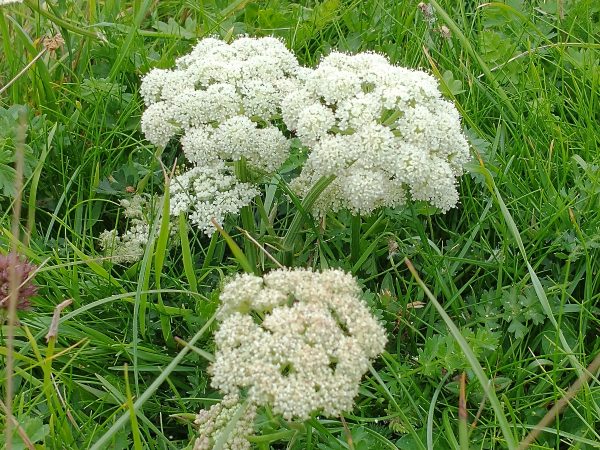 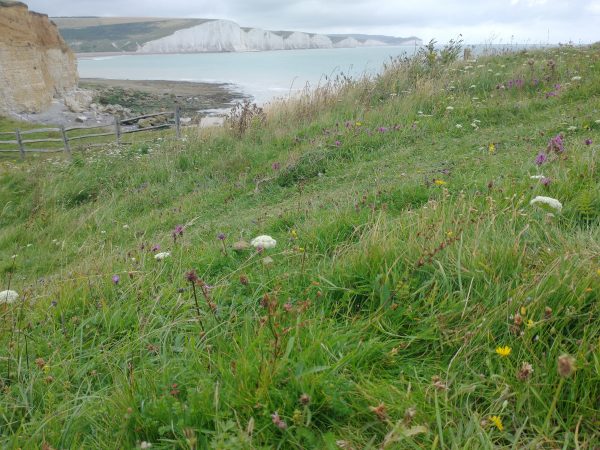 I saw Moon carrot on my June walk in Sussex and Sea carrot in September in Devon.

The plant is of interest to Sussex Wildlife Trust and we counted them on the cliffs in August.