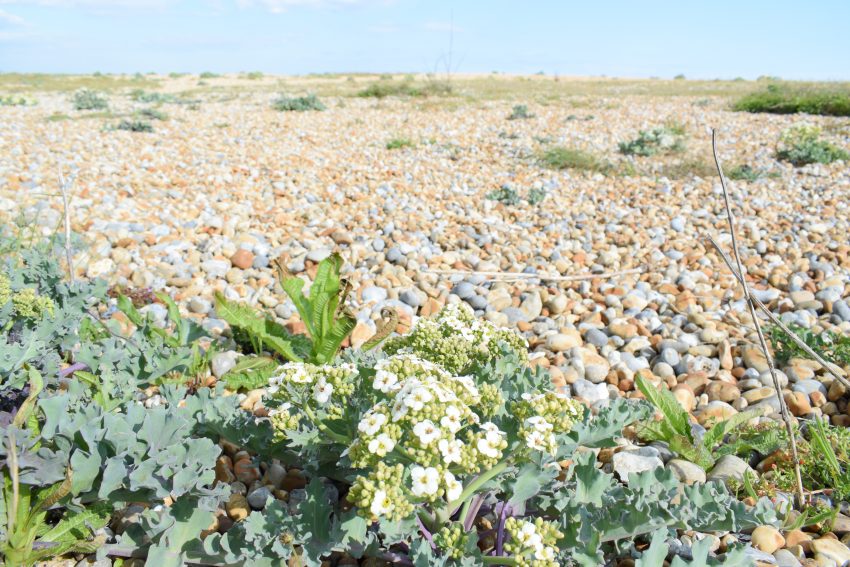 Flora of Rye Harbour in May

I spent three whole days at Sussex Wildlife Trust Rye Harbour Nature Reserve in East Sussex this May. On Day 1 I wandered the reserve with my friend Mercy and did a spot of bird watching in the hides (not bird photography though, I prefer targets that don’t move!). Day 2 was spent walking to Camber Castle, and on day 3 I walked along the coast towards Winchelsea Beach.

We spent the day on the sea-side half of the reserve (see Rye Harbour nature reserve map), so most of the flowers you can see on this page were found in this habitat. The pic below might give a good idea of the terrain.

I had been expecting the Horned poppy and Sea kale but was a little surprised about the Bittersweet, even though it was mentioned in the Rye Harbour seaside flowers leaflet. Apparently it’s a maritime subspecies, Solanum dulcamara var. marinum

The Vipers bugloss shown below was a little confusing as the flower spikes seemed to be held horizontally until the plant was ready to flower.

I was so taken with the red of the Sorrel below that I didn’t think to look closely at the leaves or photograph them, so I’m not entirely confident about the ID.

I had been hoping to see a Sea pea, Lathyrus japonicus, but although this one was in the correct location, the identification didn’t entirely check out.

Apparently Hawkweeds and their relations can be tricky, but I encountered these in Eastbourne, ID’d by an expert so was confident here.

Ivy leaved toadflax is common where I live, growing in walls, but this community in the beach was very impressive.

Found near the Barns

This one looked like a simple Chickweed, Stellaria media to me until I realised the petals weren’t divided. Maybe a Sandwort? Or a Sea spurrey but the leaves don’t look right.

As well as the flower leaflet mentioned above, I came across this comprehensive flower list: The Flora of Rye Harbour by Barry Yates 2007 pdf