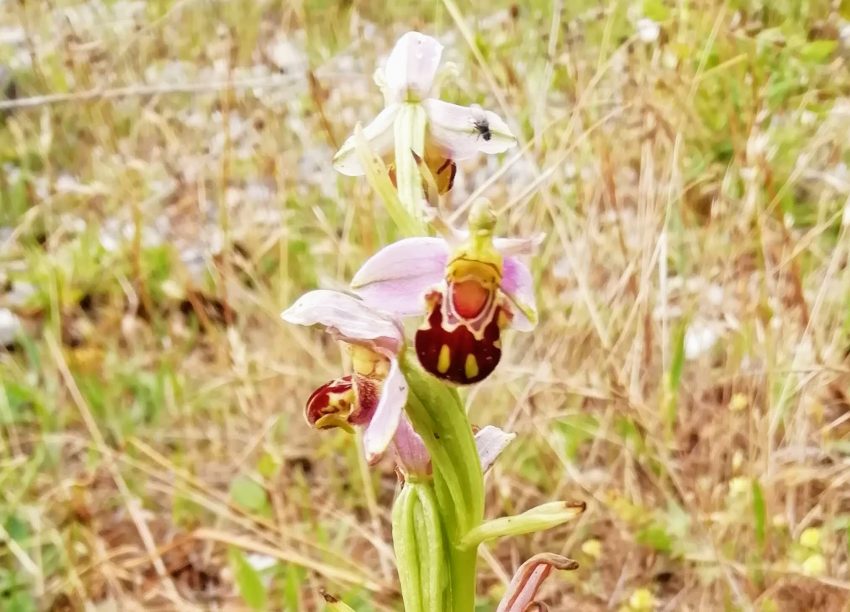 I think Bee orchids, Ophrys apifera are relatively easy to identify as they resemble a fat bumblebee! They can be found in chalky grasslands. Both places I saw them was very well drained and poor soil. The flowers are 2 to 3 cm across and pale pink with a rounded brown furry lip. The flower stem is about 30cm. As far as I know, the only other species it could be confused with is Late spider orchid, Ophrys fuciflora, which is only found in Kent. Let me know if you disagree!

I saw some bee orchids out on a walk with the Wildflower Society in the Eastbourne area.

I was lucky enough to be shown these on the same Eastbourne walk as mentioned above. Our leader explained that the colour is not pure white but a very pale pink. He showed us that the rounded brown lip is also paler in colour, ranging from beige to light green.

More about Orchids in general