It was mid April and a fresh but overcast day. Thirteen of us met up in the car park next to the river, and Mike took us for an amble along the famous meanders towards the coastguard cottages and beach, stopping frequently to listen to birdsong and make use of the binoculars we had brought.

Views across the wetlands towards the coastguard cottages and beach

I didn’t have much time for wildflower spotting, but did notice some ground ivy in flower, Glechoma hederacea, and lots of blackthorn (sloe), Prunus spinosa. The sea kale, Crambe maritima, leaves on the beach were gorgeous glaucous shades of green and purple. 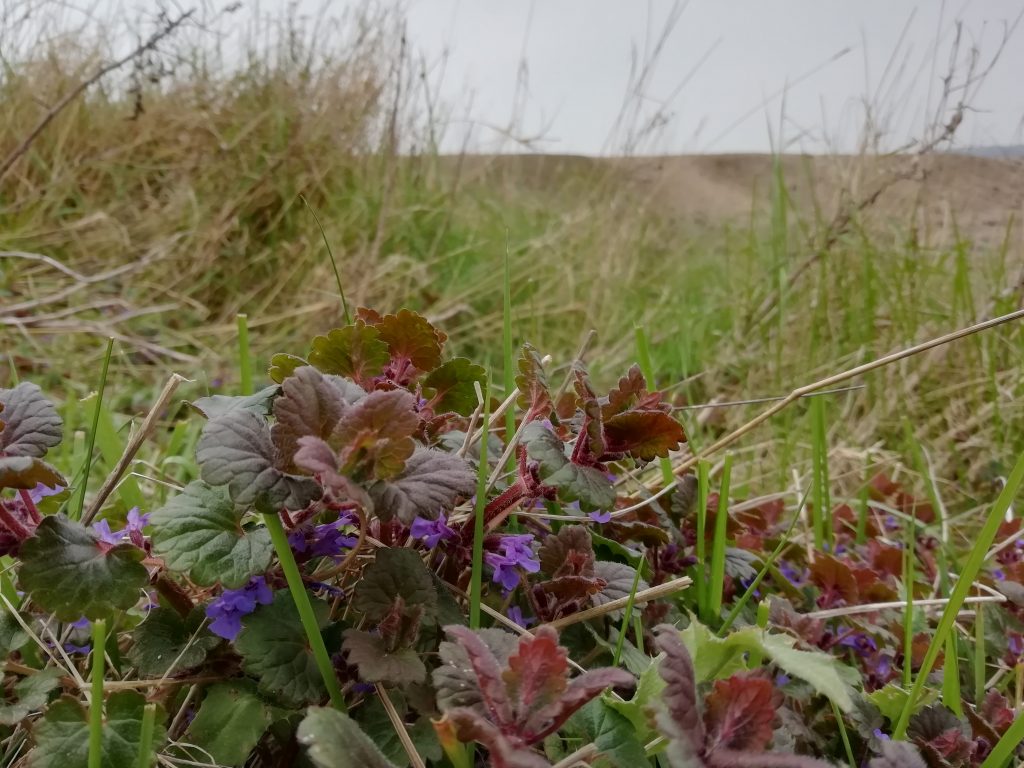 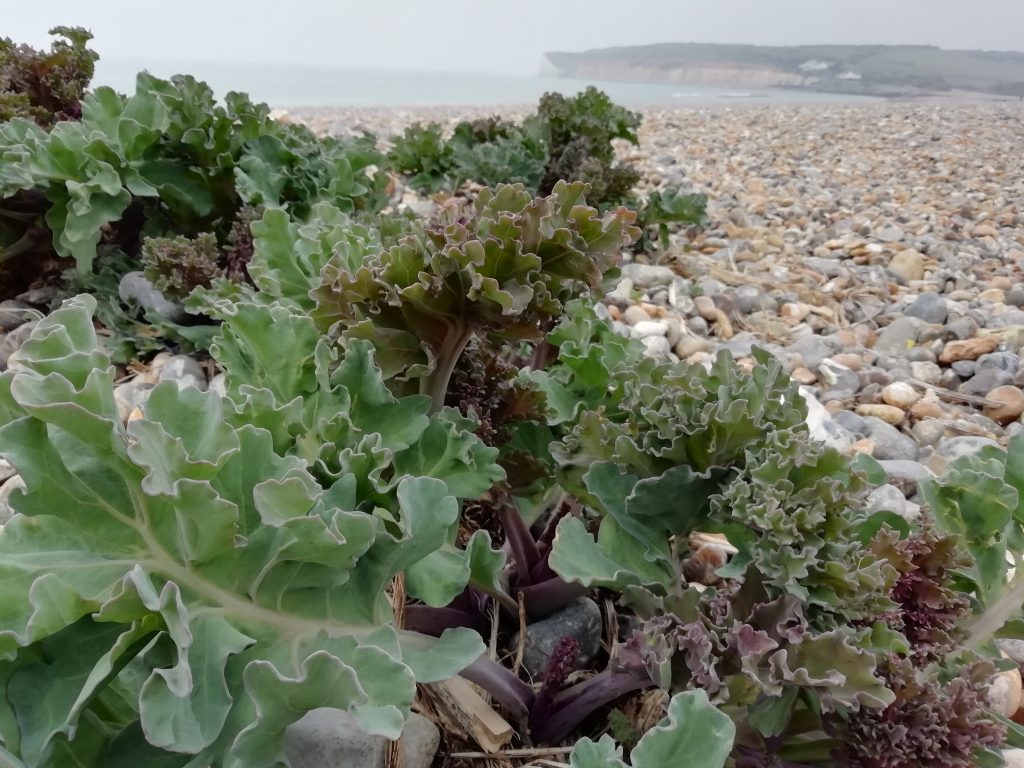 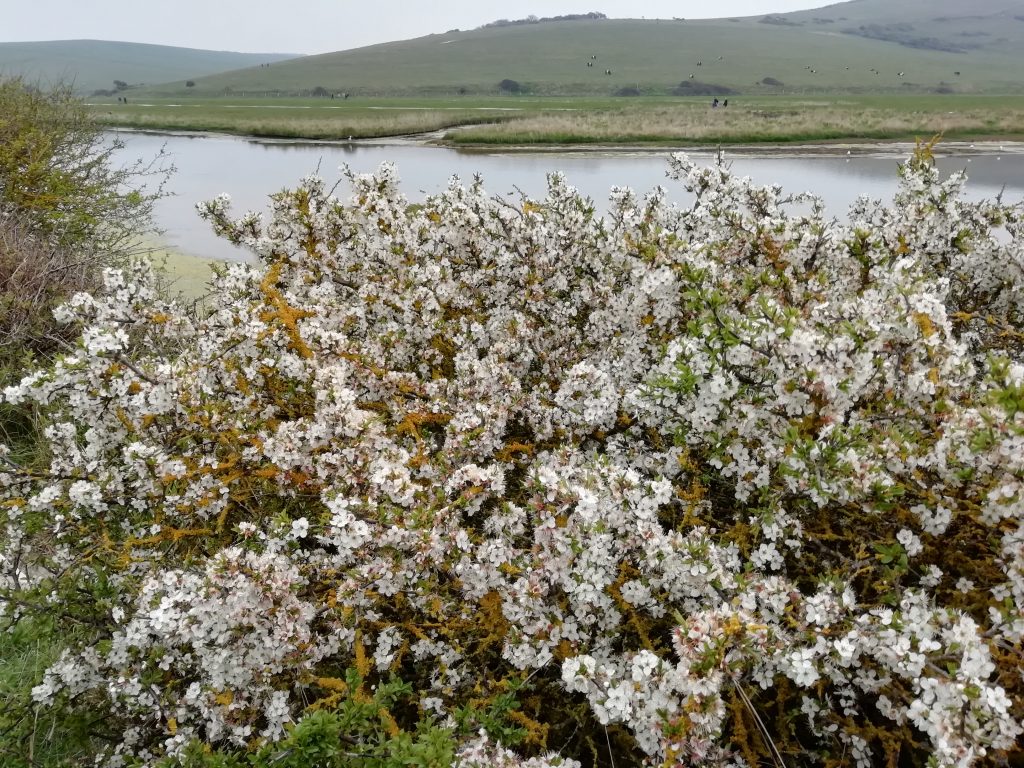 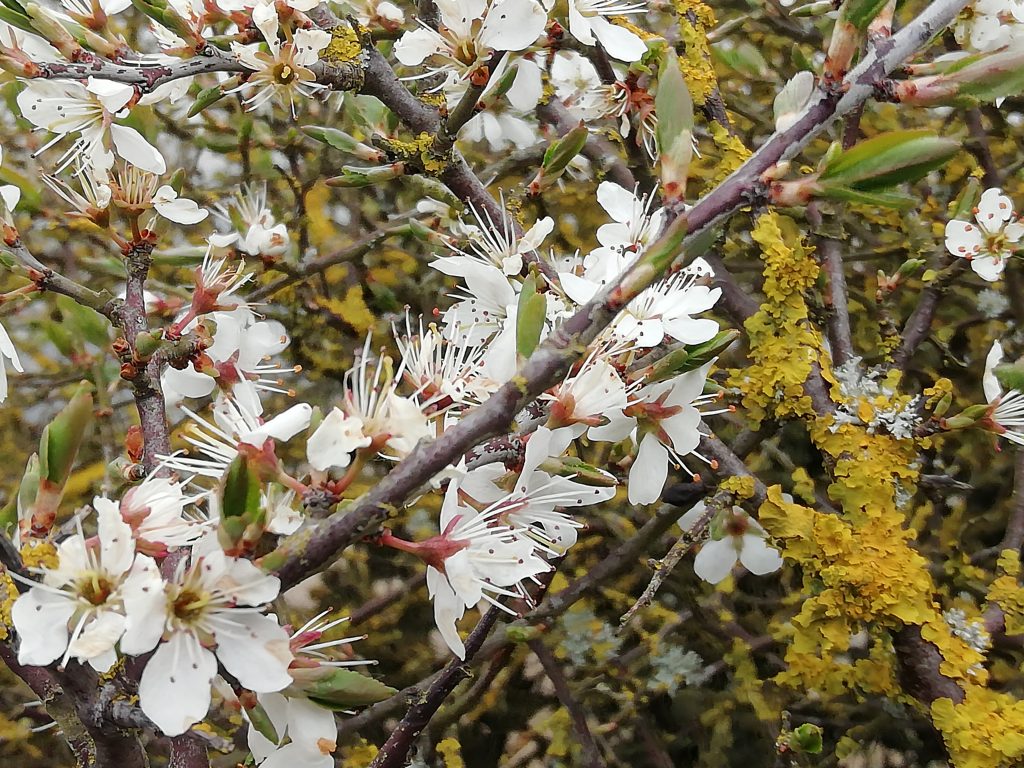 Birdwatching by the river

Photographing birds is not my speciality, being someone who prefers the macro settings, but here is a heron and two black-headed gulls: 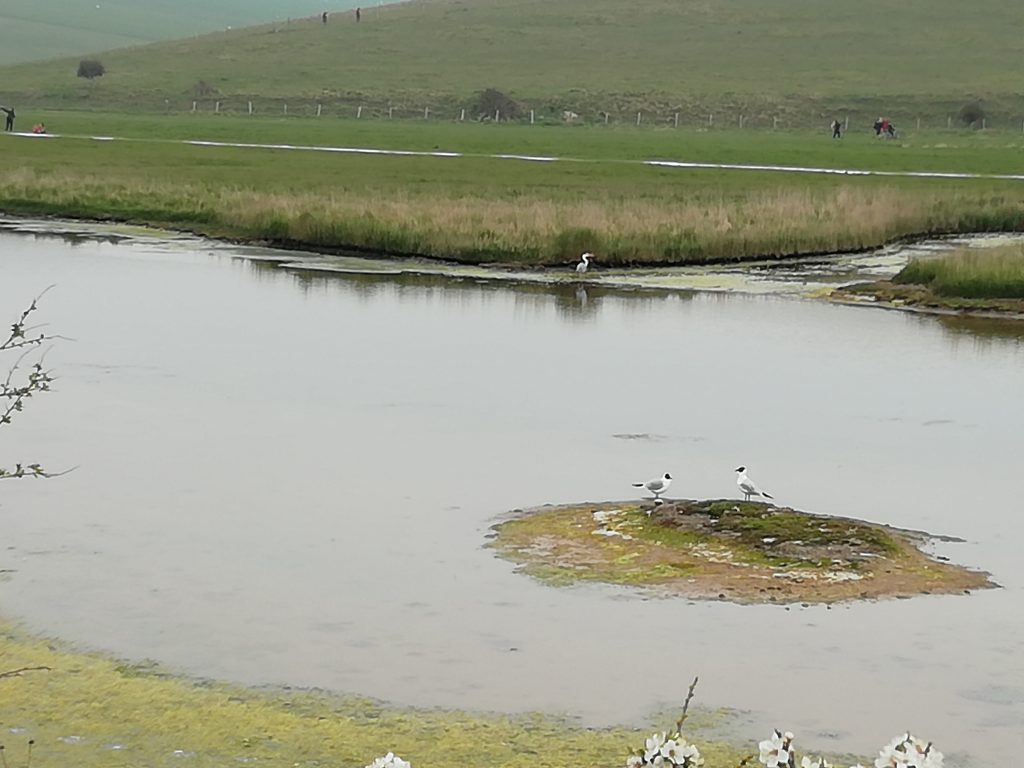 I was particularly interested in the waders we spotted, not having seen many before, and these included oystercatcher, godwit, redshank and greenshank. I had already been aware of the little egrets which have populated this part of the world for some time, as they can often be seen from the road near Exceat Bridge, and from the train near Newhaven Harbour. But I hadn’t expected to see the great white egrets too, which are about the size of a heron. Apparently they have been becoming more widespread over the last twenty years.

I had a lovely morning with an interesting group of people and a very knowledgeable leader. I’ve already signed up for the autumn Beginners Birdwatching Safari on Seaford Head.

Mike emailed us all a couple of days later with a list of 42 bird species recorded that day! Here is a full list of birds spotted between 9.30 and 12.30AM on 16th April between the Seven Sisters carpark and Cuckmere Haven beach as a PDF: Birdwatching Seven Sisters April 2019

There is a lot of interest in the ecology of this area due to the world famous oxbow lakes in the Cuckmere river, the white cliffs along the coast, and local sea defence policy designed to reduce flooding further inland.