Birdwatching from a shepherds hut

Mike and I were lucky enough to have two nights in a shepherds hut in the New Forest in early April. Set in farmland, the front door was only about four metres away from Roydon Woods Nature Reserve

Although there was no direct access to the Wildlife Trust site, it made nature watching simplicity itself. As there were no footpaths in the reserve near our hut, the birds and deer were undisturbed, and by sitting quietly we had a fabulous view of them. In fact we could even birdwatch from bed, through the window, while drinking our morning coffee and listening to the radio! 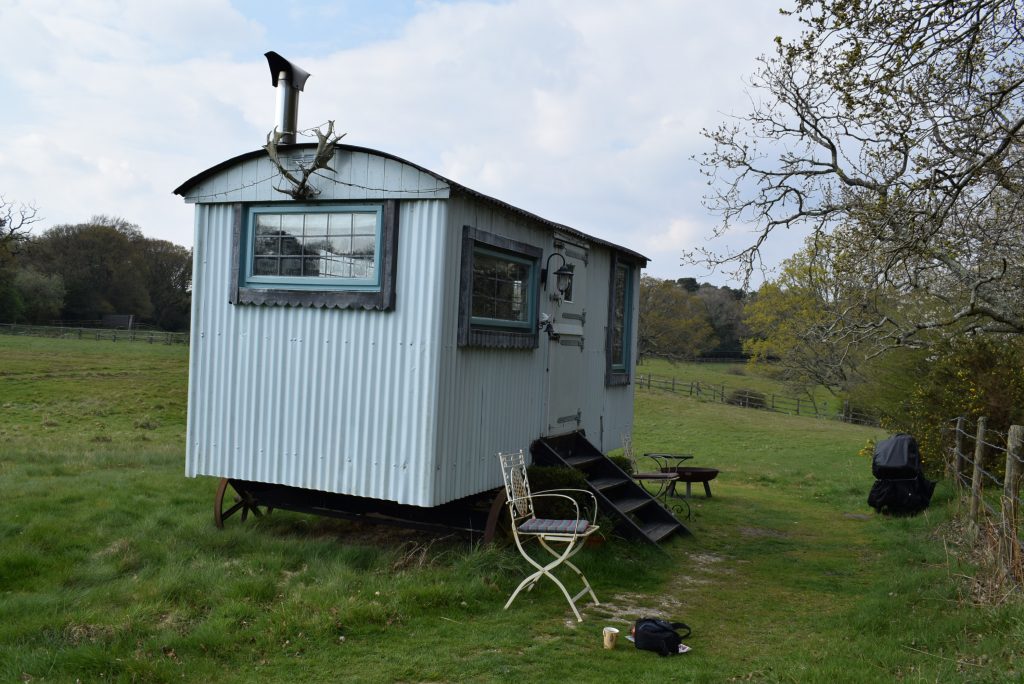 Birds spotted in this way include a Spotted Woodpecker (Mike saw this so I couldn’t tell you if it was Lesser or Greater), Green Woodpecker, Jay and Long Tailed Tit, amongst the usual suspects including Great Tit, Blue Tit, Blackbird and Pigeon. 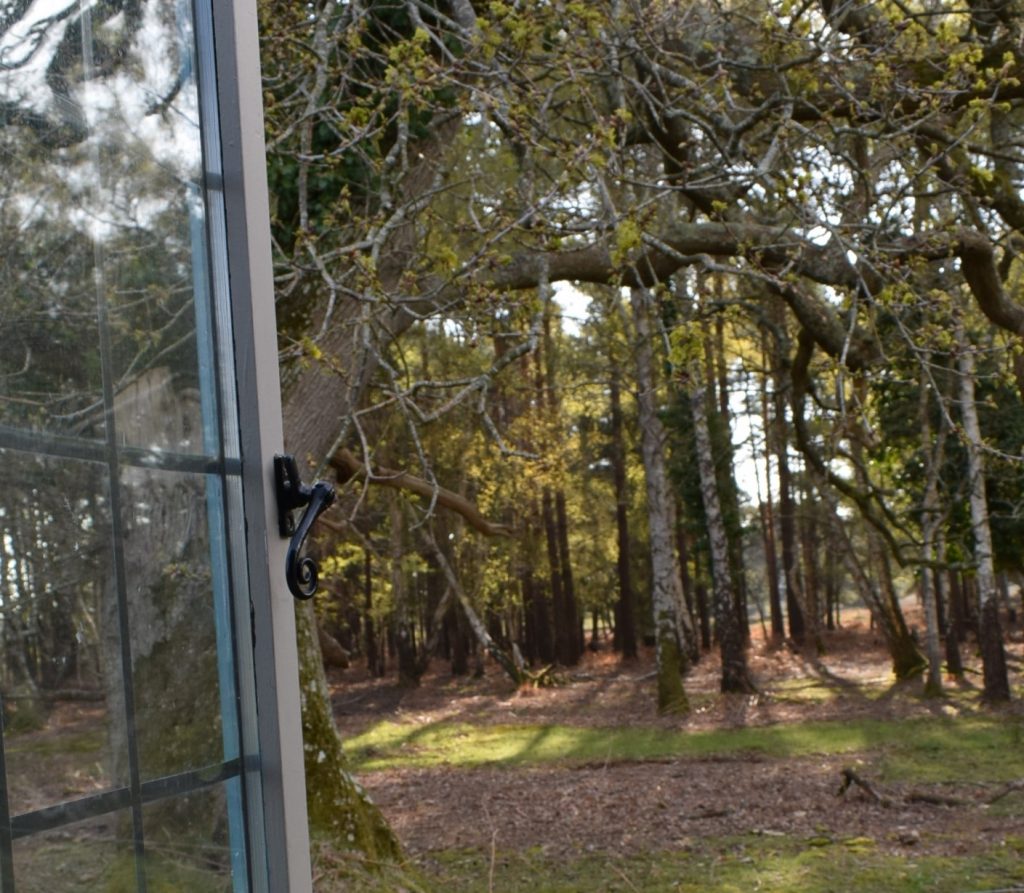 We often saw deer grazing in the fields, and were quite disconcerted one night to hear them moving about in the woods and calling to each other very close to where we were sitting.

…but Mike (and most other people I guess) would call it “going for a walk”. We wandered around the nature reserve, enjoying the views, and across the road to Setley Pond, surrounded by gorse, where a heron was fishing. We also saw blackthorn (sloe) in flower, bluebells in the woods, violas in the grass, and lots of lichens, ferns and mosses, unidentified Prunus, and celandines. 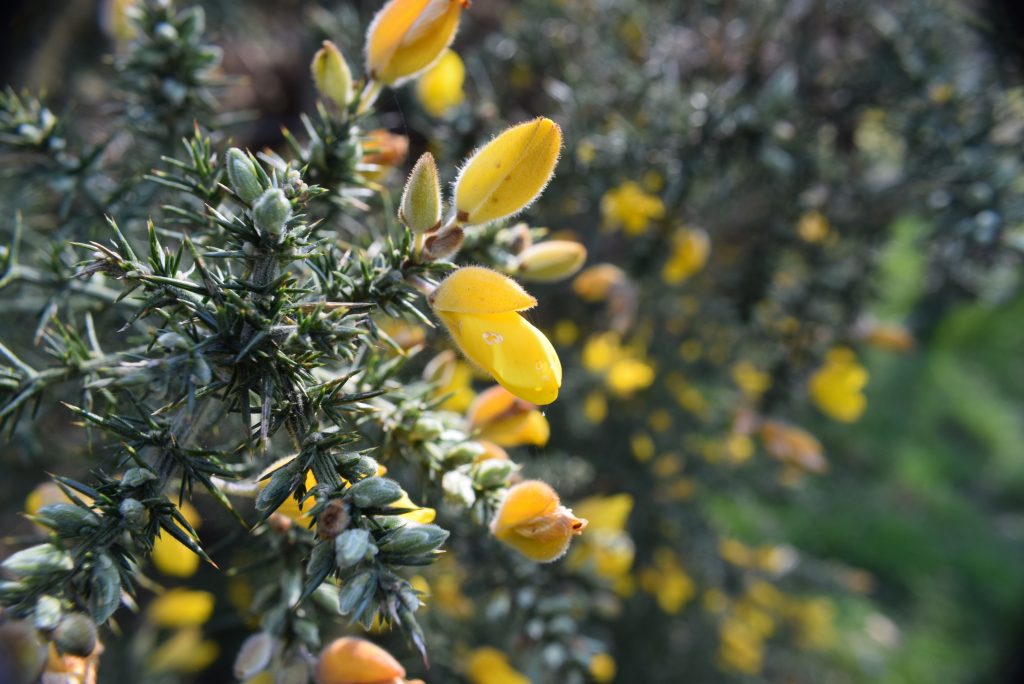 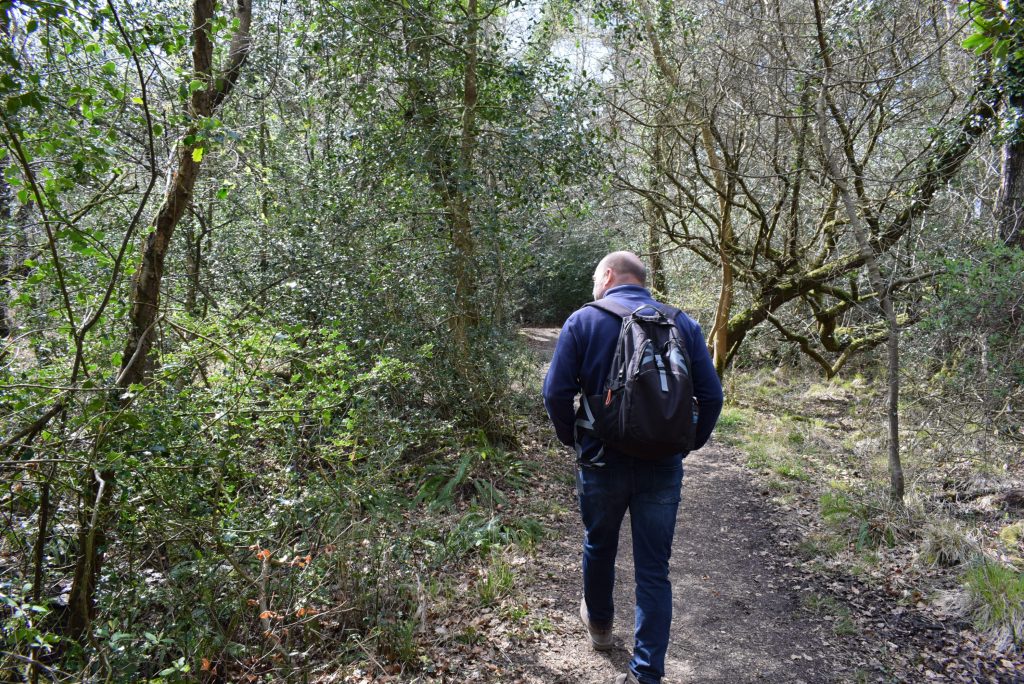 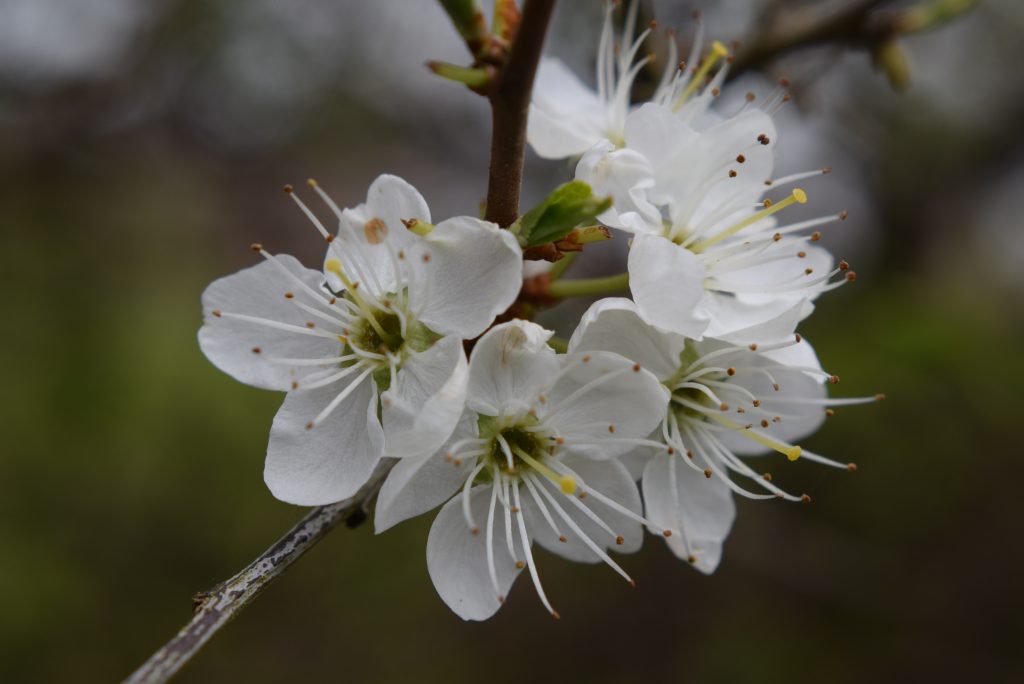 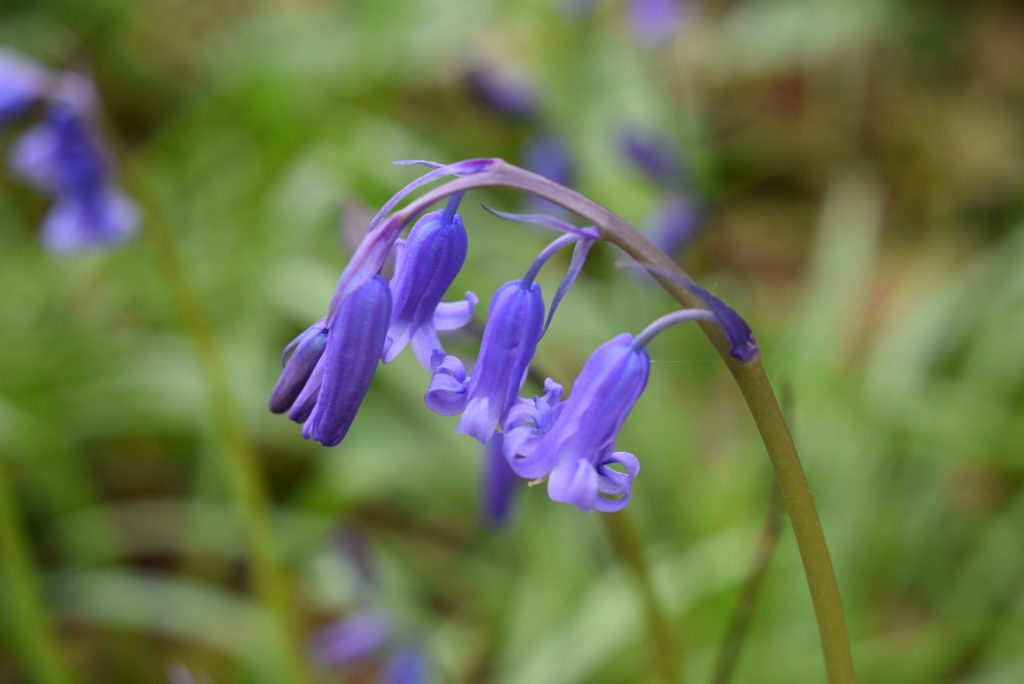 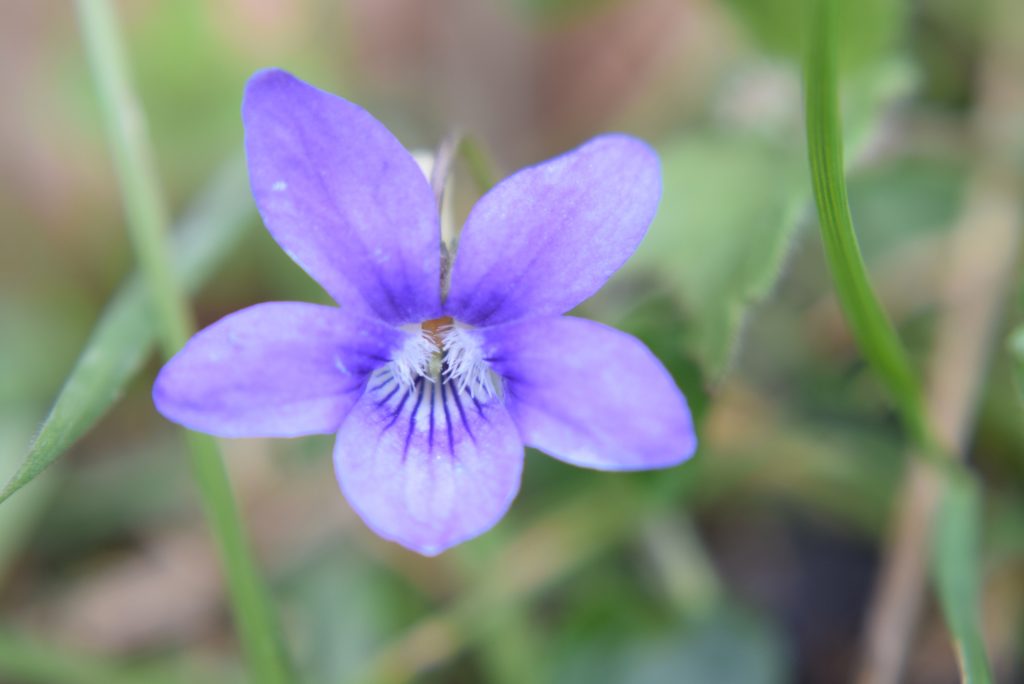 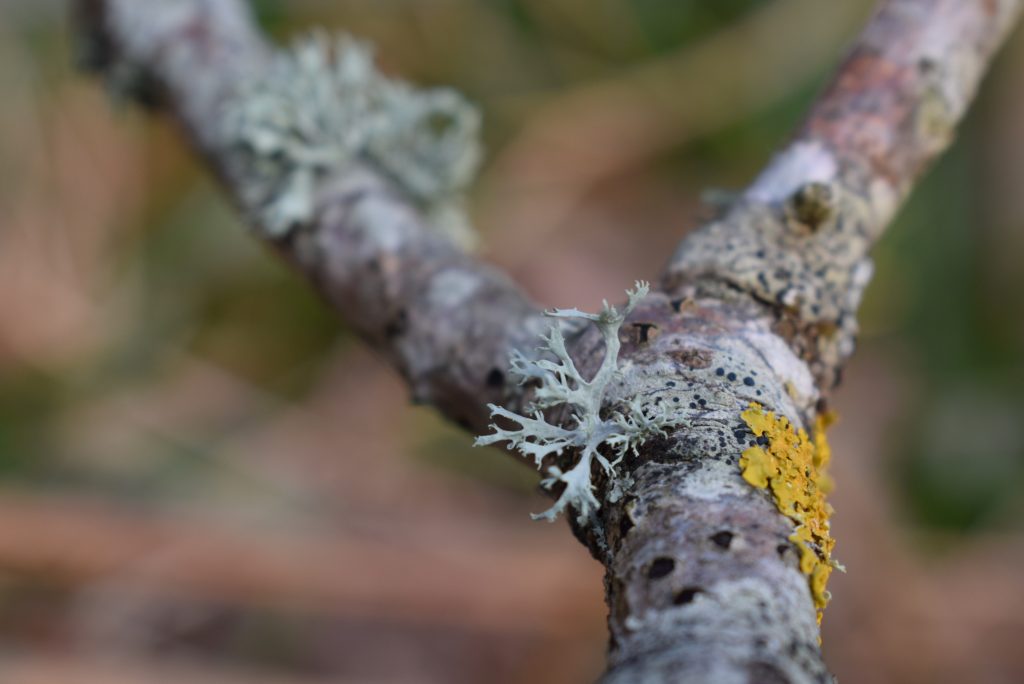 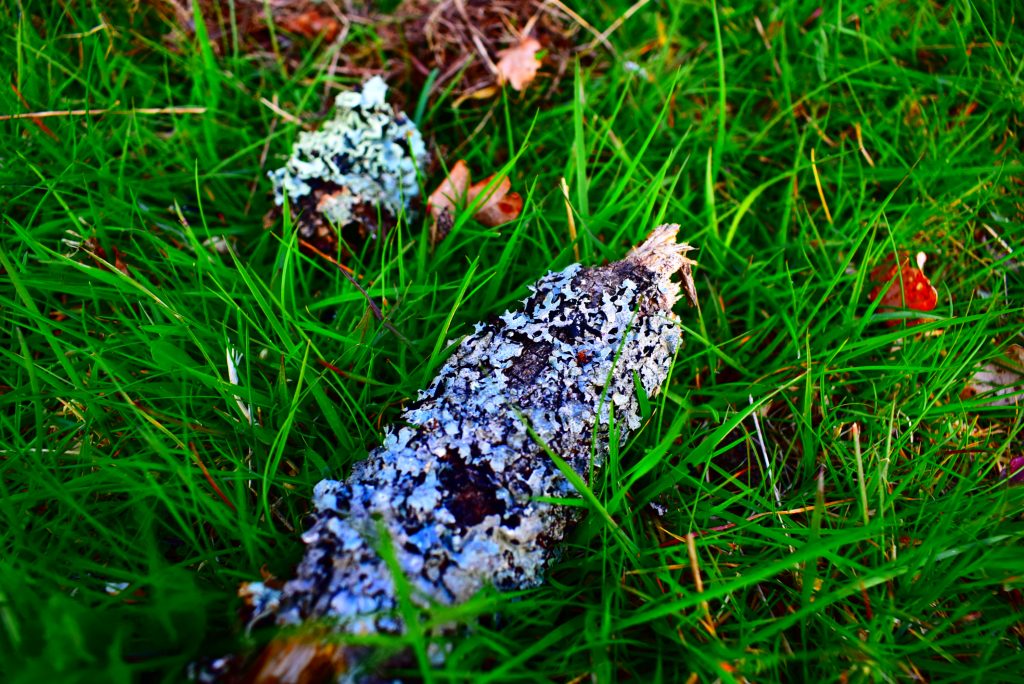 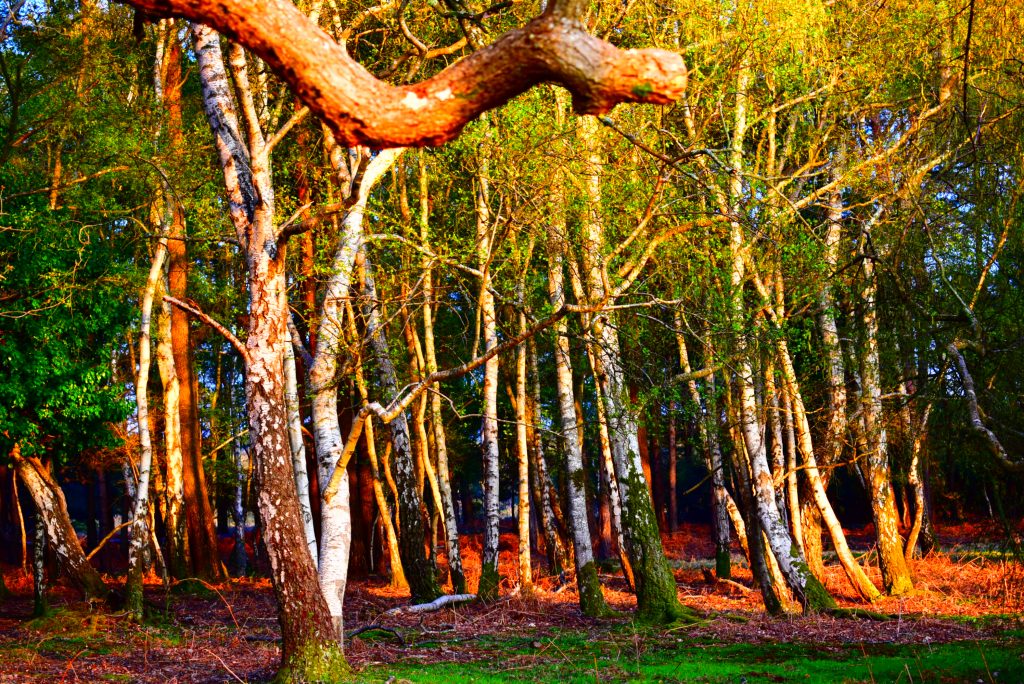 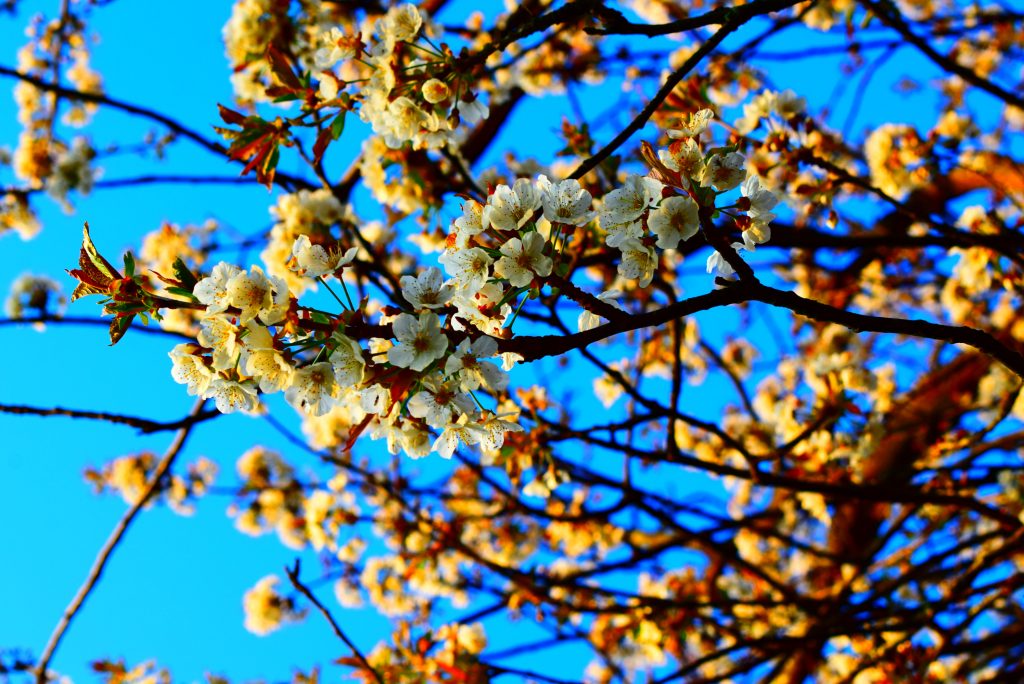 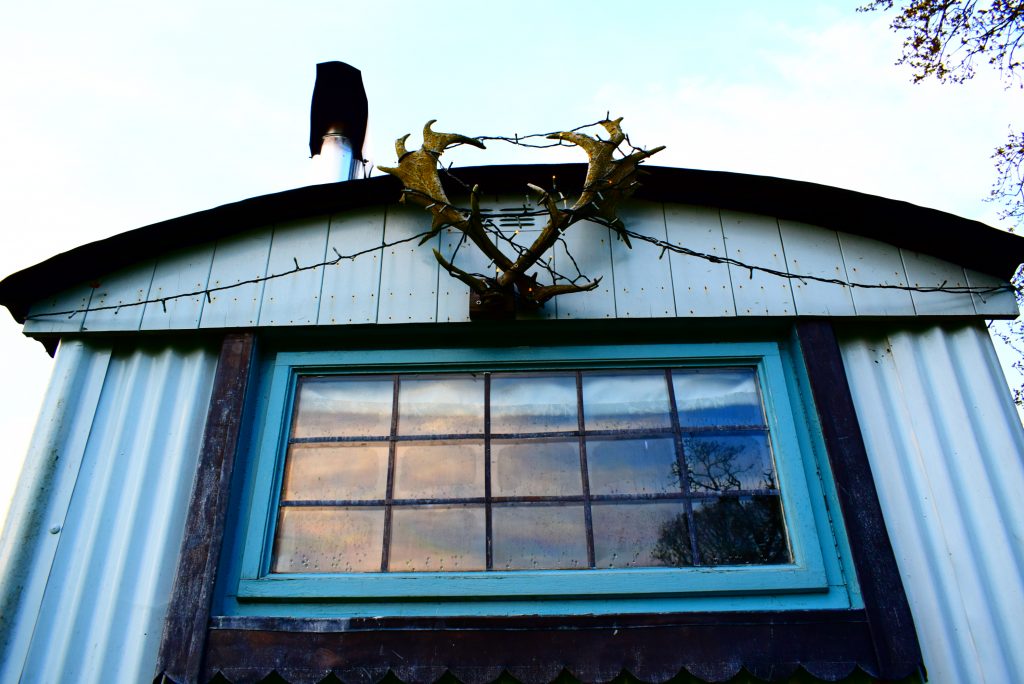 I also visited the Brockenhurst area in July

and elsewhere in the New Forest in October.