Fragrant winter heliotrope is almost over

I’ve just been out for a walk in Seaford past this large swathe of wildflower leaves. It is winter heliotrope, Petasites pyrenaicus also known as Petasites fragrans.

I only recently found out what this was. I had photographed some heliotrope flowers last year in Seaford, but hadn’t used the pics. Then a friend mentioned it a few months ago on social media, and all became clear!

It’s a funny-looking cluster of flowers held on a single upright stem, with big round leaves. I initially took it as some sort of garden escapee, maybe related to bergenia.

The above photo was taken on 19th December 2015 in Seaford. The photos below were taken nearby on 11th Jan 2015 – nearly a year earlier. The photos below show better the foliage and context. The wildflowers are growing on the edge of woodland, and are fighting with brambles and new cow parsley foliage coming through. 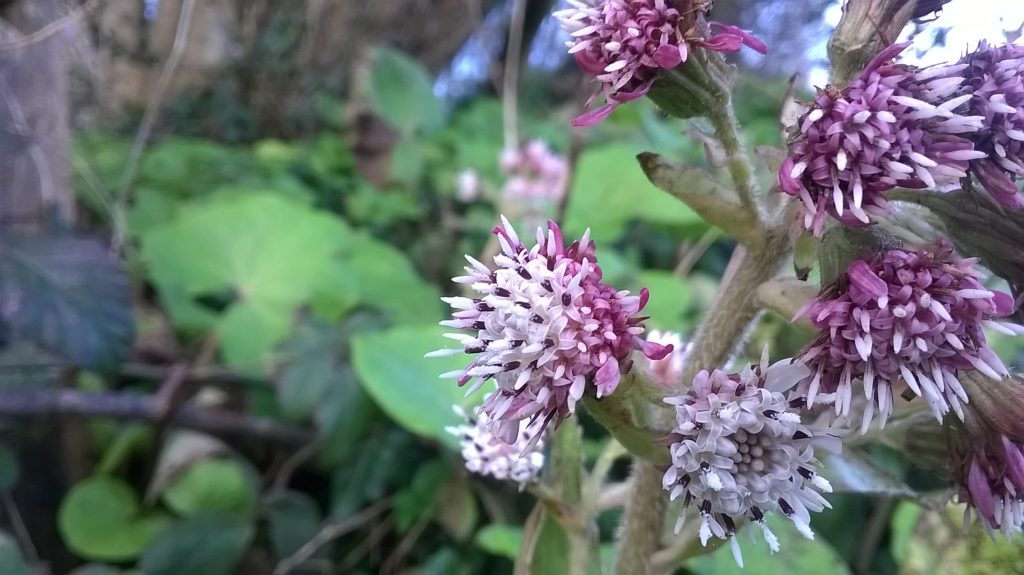 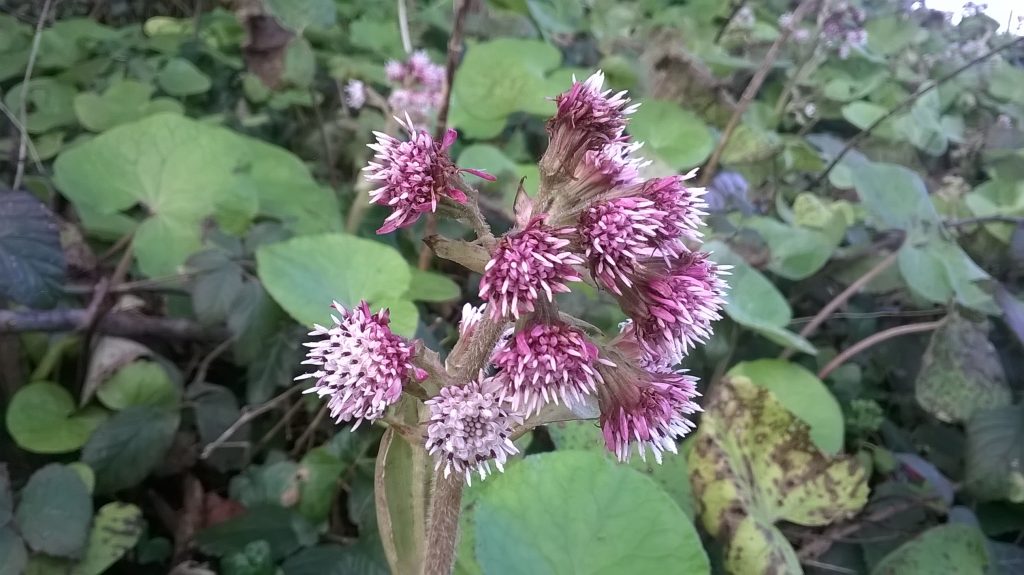 I have just found out in researching this post that winter heliotrope is a non-native wildflower. It originates from Mediterranean North Africa and was introduced here in the early 1800’s as ornamental ground cover. Although it is considered invasive by rhizome spread, it can’t self-seed, and does act as a valuable source of nectar out of season.
Read more about heliotrope’s origins and impact

I go walking in this area regularly and last week could smell the flowers before I spotted them. It’s funny what your brain registers once it knows what to look for! The purple heliotrope flowers are known for their sweet vanilla scent. This week, most of these eye-catching wildflowers had gone over and the fragrance all but gone. The verdant carpet of kidney-shaped leaves was still very pleasing though.