Contrary to the impression possibly given by the title, I’m not particularly into auriculas! I did enjoy viewing this auricula theatre at Courson flower show near Paris last year with my friend Mercy. 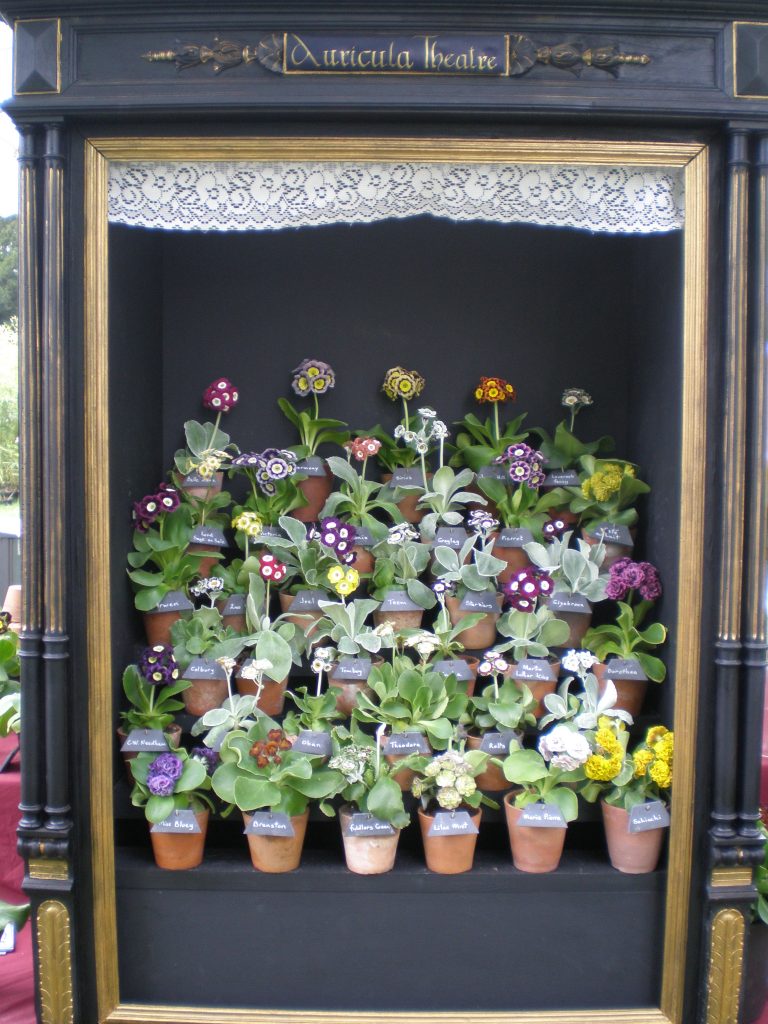 But personally, I prefer the more natural primulas, such as wild primroses, cowslips or oxslips. 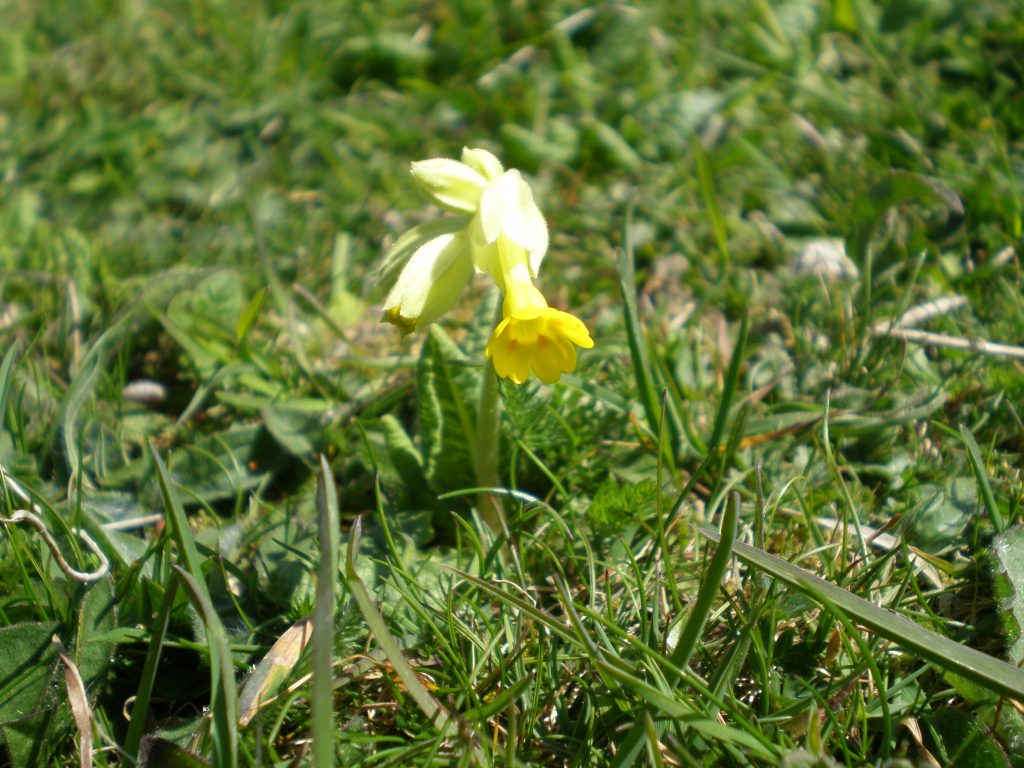 But it turns out I have a distant relative (haven’t done the tree yet), who bred them. 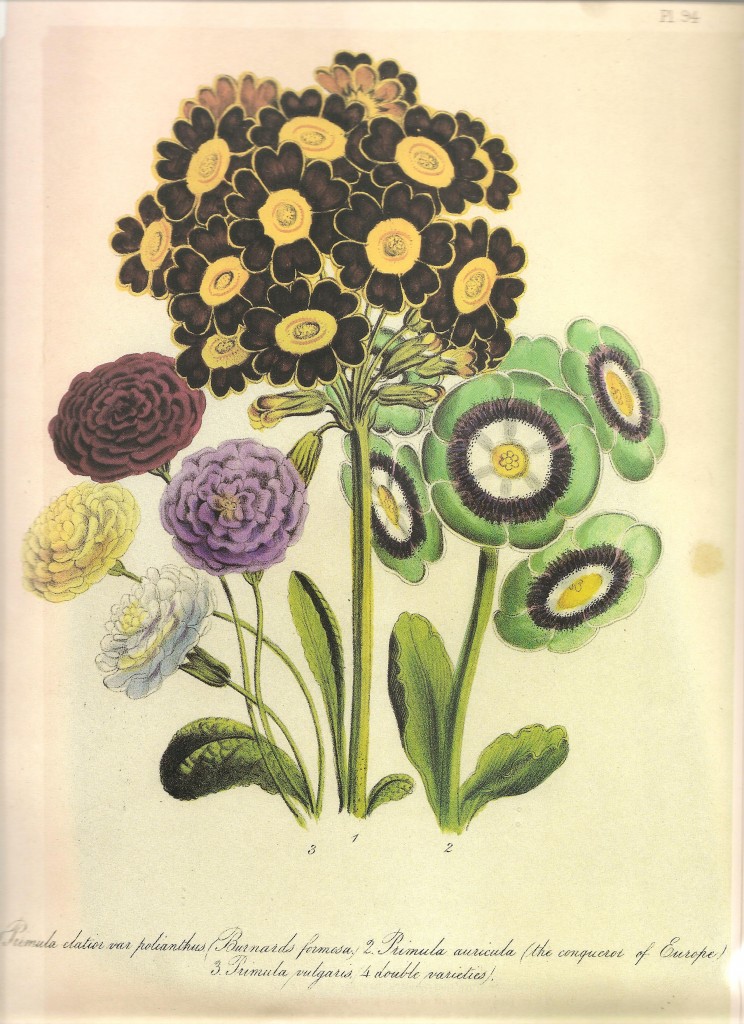 The central flower is labelled “Primula eliator polianthus (Burnards formosa)”, and sometime in the distant past in my Dad’s side of the family, was a man who made enough money from this auricula to buy his own cottage.

I bought this colour plate from eBay from a 1980’s Floral Prints book, and the accompanying information says that this is an illustration by Jane Loudon (August 19, 1807 – July 13, 1858), who was an English author who created the first popular gardening manuals (as opposed to specialist horticultural works), and contributed to the work of her husband, John Loudon.

In the book it says:
“The Primrose

ORDER: Primulaceae. All the species belonging to this order are herbaceous plants, generally of low stature. They are most abundant in the temperate regions; and when they grow in the tropics they are generally found on the sea-coast or on the summit of mountains. The name Primulaceae signifies “the first”, in allusion to most of the species flowering early in spring.

GENUS: Primula. Known as the Primrose. Few genera contain more well-known flowers; and among these may be enumerated the cowslip, the primrose, the polyanthus and the auricula. Nearly all the species are natives of Europe.

Primula eliator var. polianthus (Burnard’s Formosa), the Oxlip. This species is much less common than the cowslip or primrose and has sometimes been supposed to be a natural hybrid between the two. Its well-known variety, the Polyanthus, with its numerous sub-varieties, are among our most favourite garden flowers. Burnard’s Formosa is said to have produced so much as to enable its owner to build a cottage with his profits. (1)

Primula auricula, is also called Bear’s Ear, or on cola, whence the name auricula. A native of the Alps of Switzerland, it was introduced in 1596 and called the Mountain Cowslip. It soon became a favourite garden flower; in 1629 Parkinson enumerated twenty varieties which he said were the best. (2) Primula vulgaris or P. acaulis, the Common Primrose. The single flower, being a common British plant, is rarely cultivated in gardens; but the double varieties are very much admired. There are several kinds; but the most common are the double lilac, double crimson, and the double yellow. (3) ”

I have a few photos of wild Primulas which I will put up as soon as I get a spare mo! 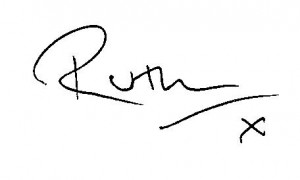