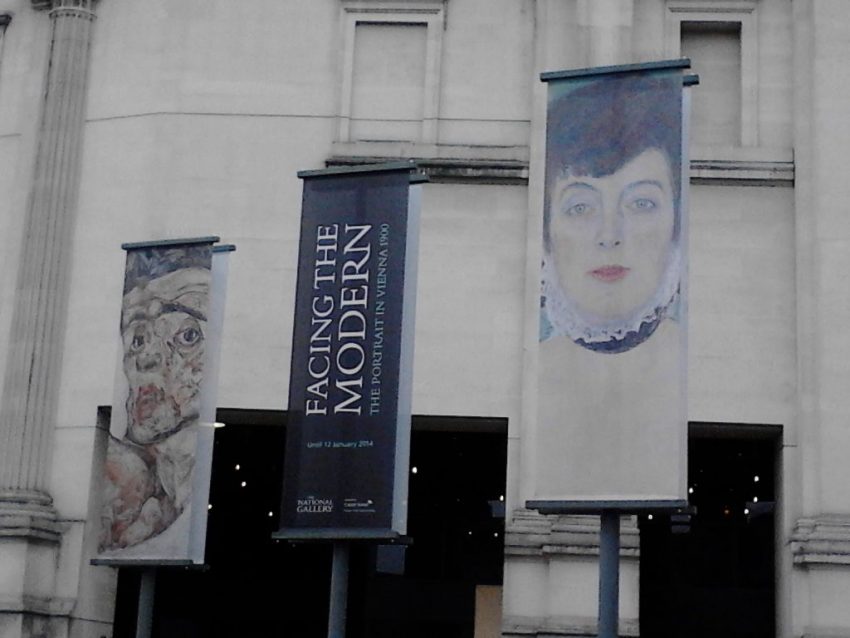 Facing the Modern – The Portrait in Vienna 1900

I visited this exhibition at the National Gallery in London a few days ago. I was particularly drawn by the prospect of seeing a painting or two by Gustav Klimt (1862-1918), and seeing where his style may have originated. I particularly enjoy the visual effect in his art of a softly painted beautiful face surrounded by highly decorative design elements. 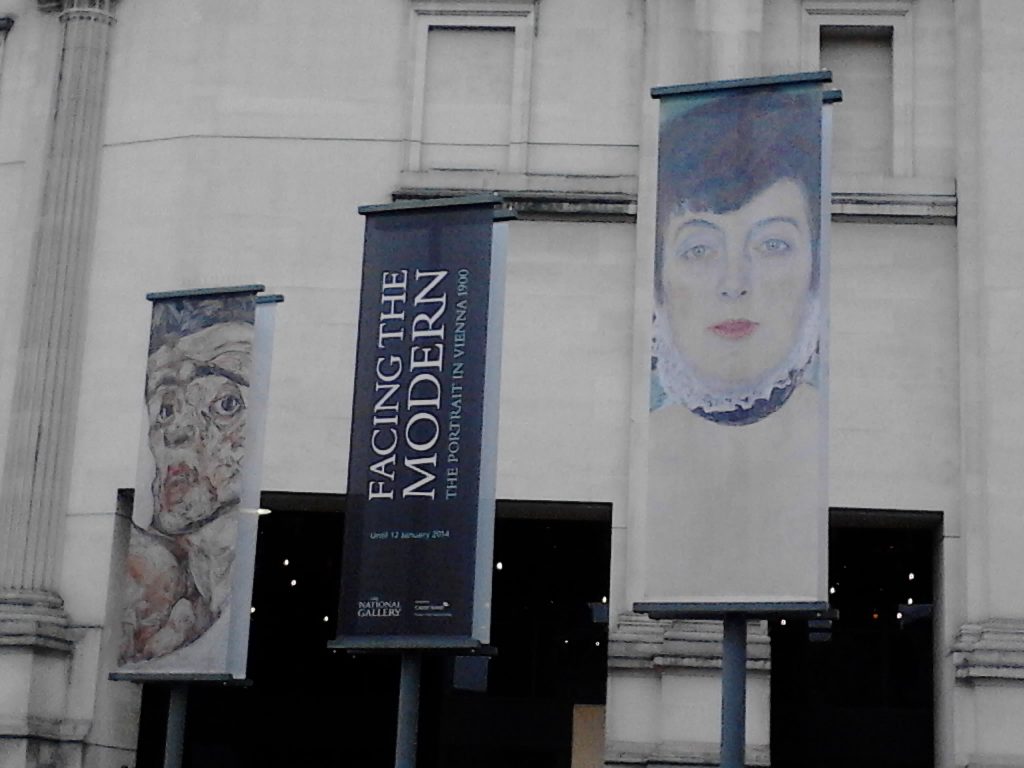 Learning about the Viennese art scene

The exhibition was broader than I had expected, but this was no bad thing. As well as seeing a little of Klimt’s possible origins, I was also introduced to a couple of other artists I was intrigued by.

Firstly there was Egon Schiele, a protege of Klimt, whose name I had heard but whose art I was not familiar with. He tragically died in his late twenties during a flu epidemic which also took his pregnant wife. His loose style in portraiture (mostly self portraits and nudes) does not limit his ability to convey personality. His works like The Family (Self Portrait), 1918 initially reminded me of van Gogh’s Potato Eaters, but as I look I see a looser style than that used by Vincent during that period. Schiele and Klimt would have both been familiar with van Gogh’s work after an exhibition in Vienna in 1906. 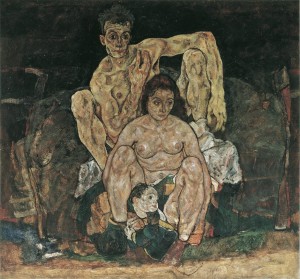 Also of note was Oskar Kokoschka who memorably signed his pictures ‘OK’,with unusual surface etching such as Portrait of Lotte Franzos, 1909. He had a talent for exhibiting the sitter’s inner self, and amazingly lived into the 1980’s.

As I say, I was particularly interested in pieces which might show a foretaste of Klimt’s mature style. Such works at the exhibition include Hans Makart Portrait of Hanna Klinkosch, 1875 which shows an attractively young lady with a softly painted face. Many of his ladies have intriguingly painted lacework on the dress, which looks intricately detailed until closer inspection reveals an almost impressionistic approximation.

Taking the Klimt connection a stage further is Gyula Benczur’s Portrait of Empress Elisabeth, 1899 which constitutes the image of a strong woman in a striking gown with a softly painted face in front of a heavily embossed gold background (in this case wallpaper). 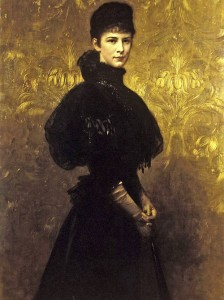 Another work that grabbed my attention was Bronika Koller’s Nude Portrait of Marietta 1907 which seemed rather precocious in style, having a Modernist feel not generally seen until the 1920’s. Interestingly, Marietta’s head is highlighted in the style of a religious icon with a square of gold. 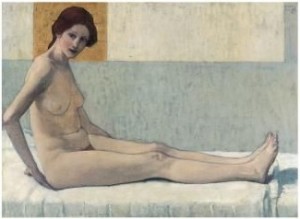 There were various of Klimt’s own works at the exhibition, although if you are looking out for a large, completed design with gold leaf you will be disappointed.

I was especially pleased to be able to compare two works by Klimt 10 years apart: Portrait of a Lady in Black, 1894 and Portrait of Hermine Gallia, 1904. The photographic style of the first is in strong contrast with the decorative nature of the second. The later portrait is immediately recognisable as Klimt in style. 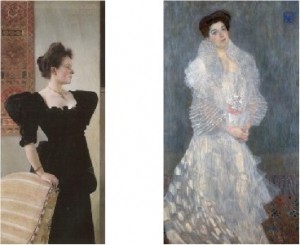 Two large unfinished works grabbed the attention: one of a young lady commissioned after her death by her family, with an adornment of flowers surrounding her, Posthumous Portrait of Ria Munk III, 1917-18 – one of various attempts at this subject. The other, Portrait of Amalie Zuckerkandl, 1917-18 is a piece Klimt was working on when he himself died. 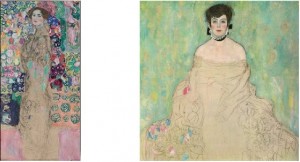 I have yet to read the accompanying book, and may well have more to say later!

The exhibition runs until 12th January 2014 at the National Gallery. 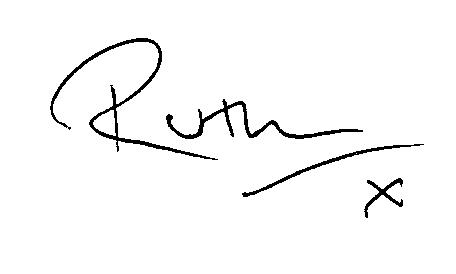 P.S.
I was lucky enough to see Klimt’s Judith, 1902 in Prague earlier this year, and was interested to notice Self Portrait, 1901 by Teresa Ries in this National Gallery exhibition, which reminded me of it: clearly a strong woman in both cases! 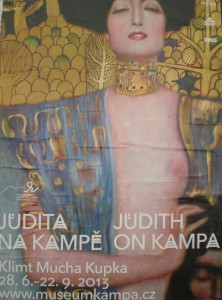 I’m not a botanist but I’ve been interested in wildflowers all my life and have only just started to try hard at identifying them. I prefer not to resort to jargon or technical methods – it’s all about the beauty. I only try to I.D. plants that are in flower.